As far as hobbies are concerned, collecting and owning guns trump all others; however, adding a gun to your collection requires legal documentation, which to some is hard work. Moreover, gun owners like to tinker with it, and factory-made ones don’t allow any modifications. Hence, most gun enthusiasts prefer an 80% lower because it allows for custom changes. 80 Lowers from 80% Arms are built to the highest industry standards. Following are five things you need to know about 80 lowers.

80 lower unfinished guns are manipulated for a custom build. An 80 lower doesn’t have holes for a trigger, selector, and hammer pins; therefore, these parts cannot be attached to it. You can drill holes for the mentioned parts, but this requires specialized machinery and a professional hand. This is also why 80 lowers are only used by professional gun owners because they have the eye and the patience to build a working and safe rifle with just a lower part.

Most states in the US don’t consider 80 lowers as firearms; therefore, owning and selling them is not a problem. Similarly, the paperwork needed for owning a gun is not required for 80% lowers. However, before buying one, you must check the local laws. Some states also don’t need a firearm license if the gun is built with the 80 lower part. If the gun is made for personal use, it also doesn’t require a serial number, making it easier for most to own such a weapon. Again, remember to check the local state laws beforehand because not all states have the same law regarding 80 lower parts.

If you are going to purchase a gun, you will probably do it through Federal-Firearm License. This means you will have to fill out form 4473, a transaction record, and a background check. Since 80 lowers are not considered firearms, owning them doesn’t require a background check. This makes them an ideal choice for casual gun enthusiasts. However, you might need some documentation or legal paperwork if you will sell a gun built from 80% lowers part.

Usually, an 80 lowers are used to build an AR-15 rifle, but you can build some other models from it. However, the part can only build rifles and a couple of handguns; also, they are not compatible with making other types of firearms. Following is the list of rifles and handguns that are built from 80 lowers part;

Just an 80 lowers is not enough to build a functioning rifle; you will need a build kit. Similarly, if you have the kit that doesn’t, you can screw it to the 80 lowers. The blank receiver needs to be drilled with precision to attach the rifle parts, making it hard for newcomers.

An 80% lowers is a cheaper option if you custom-build your rifle. However, if you have the knowledge and tools, 80 lowers all you need as a gun enthusiast. 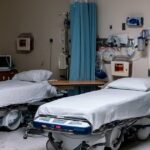