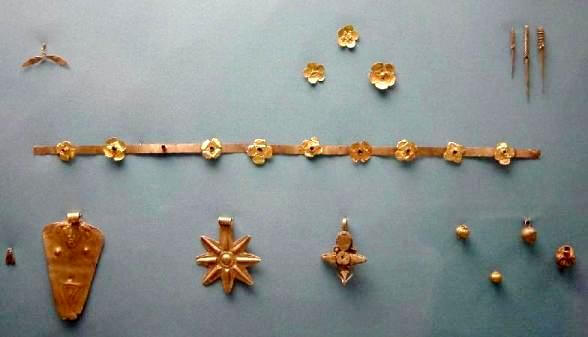 If you were to tour a variety of international museums, you’d undoubtedly discover, among other lessons, that jewelry has been a crucial component of human civilizations through the centuries. Earrings, in particular, have an undeniable connection to particular cultures and the histories behind them. Even trendy modern hoops or stud earrings can be traced back to ancient times, and each accessory comes with a story all its own. Of course, the true breadth of this knowledge could span a full book, at the very least. However, we can offer a brief history of earrings in ancient times, in particular, within the span of an article.

Some of the earliest citizens of the world had far more pressing matters to deal with yet made time to fashion body decorations like jewelry, made from bones, shells, and stones. The meanings behind these early pieces are less well-known than later (albeit still ancient) designs, yet they nevertheless deserve mention, marking the undeniable timelessness of these adornments.

The Early Earrings of Sumer

Located in southern Mesopotamia (now south-central Iraq), the Sumerian people made up one of the world’s earliest known civilizations. These ancient people had their own preferences for popular jewelry, including some of the first statement earrings archaeologists have identified. Gold made up a large number of these pieces, including earrings dated back to 2500 B.C., such as the iconic gold crescent style on display at The Met, which are much like the classic gold hoop you can find today.

Fit for a Pharaoh

Ancient Egyptians used jewelry in many forms, with precious metals, gemstones, and detailed artwork adorning men and women alike. These earrings were often dangling, with gemstones or iconography like scarabs, or hoop earrings—even cats, sacred to the people of ancient Egypt, could be found wearing golden hoops around 1500 B.C.!

All Greek (or Etruscan) to Me

In ancient Greece and Etruria (a territory in modern-day Italy), earrings acted as a status symbol and decoration. Many pieces of jewelry were dedicated to deities, and practitioners’ had great respect for these gods and goddesses. But earrings and other jewels weren’t simply icons of these divine beings. Some, like the crescent shapes meant to honor the goddess Selene, used more abstract imagery corresponding to a certain deity. Other pieces might highlight animal motifs or showcase certain gemstones, such as the popular pearl. Etruscans, too, used earrings and other jewels to adorn themselves, with popular styles including large decorated discs, valise-style designs (similar to Italian baule or bauletto styles), and large hanging earrings.

For some time, ancient Roman jewelry was reminiscent of Etruscan styles. Over time, though, the Roman Empire developed its own styles of bracelets and other pieces. These styles were often intricately designed, utilizing filigree, gemstones, and other adornments to create beautiful earrings and more. While both men and women wore jewels in various forms, a woman’s jewelry was especially meaningful, as it was frequently considered their own property, rather than that of her husband. Women’s earrings and other jewels (including bracelets, rings, brooches, necklaces, and even diadems) might feature pearls, opals, topaz, or other gems.

Earrings and other pieces have made their way well beyond ancient history, with today’s best sellers having ties to these early styles. Today, your ear piercing might not showcase your social standing, and your favorite ear jackets are probably not made of bone. But, to some degree, you’ll almost certainly find that the earrings and other jewelry in your wardrobe have an awful lot in common with those traced through history. So, when you next browse your favorite store’s new arrivals, consider how new that style may really be. Chances are, those studs have a far greater meaning, in a historical context, than you could have imagined! 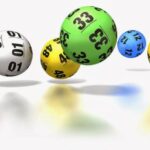