All kinds of options for Internet communication are very popular in America. It is not surprising that many international social networks were invented and developed in this country. American users exchange short messages, blogs, write in chat rooms, and publish their photos every day.

If a new resource is based on a good idea, it will be instantly popular. Many people wonder how to build a social media app to make it interesting and accessible because the developers of the following applications managed to interest users.

What sites and applications have already stood the test of time and are particularly popular?

The most popular American social network began as a student information service. Nothing like this existed a decade ago, when Facebook was born. In the interactive student guide you could communicate with your friends and view your class schedule. As it turned out, the ability to message and get the information you need was in high demand. Before the appearance of the site, which in the first months after its creation was called The Facebook, students could not find out more about all their classmates, as there were about 200 listeners at the lectures, and it was difficult to get acquainted with everyone. Thanks to the new social network the problem was completely solved – it is easy to look at all of your classmates. So the secret to the company’s success lies in the fact that the foundation of the site was an existing community. Other American social networks emerged from scratch and were aimed at undefined groups of people. Facebook, on the other hand, promoted itself among specific college and university students, which allowed it to gain popularity in the very first months of its existence. With time, its original purpose has changed, and now this resource is full of all kinds of applications and is used worldwide not only by students and teachers. Even some companies and institutions have their own pages on Facebook, for example, a restaurant can inform its potential clients about actions and changes in the menu this way. Some specialists see such methods of disseminating information as marketing technologies of the future.

Before the advent of Facebook, this American social network for communication was very popular. First of all, it was supposed to be used by musicians who wanted to let the world know about themselves. After them, ordinary users began to appear on the network. MySpace allows you to exchange photos and messages, to choose your status. But after its inception, the site barely changed, and the lack of progress over the years led to its decline. More and more users abandoned their pages and stopped visiting the site each month. Attempts to resuscitate MySpace, once overtaking all other U.S. social networks in popularity, led to the ability to sync a profile with a page on the more successful Facebook. The site recently had a change of owners, who plan to return to its original focus on musicians. Perhaps they can make good use of the innovation and bring the network’s users back.

The name of this social network means “chatter” or “chirp,” which is hinted at by the image of the bird that symbolizes the site. On Twitter, you can publish short messages called tweets. They must be no longer than 160 characters. The posting is free, but it is possible to send them via SMS, which will affect the phone bill. Other American social networks allow you to publish posts with no character limit, but their popularity is not comparable with Twitter. The resource was created in 2006 and by now it has over 200 million users, each of whom writes something at least once a month. Many of them tweet every day. Celebrities also have public microblogging on Twitter. Many of them retweet their own posts, meaning they publish someone else’s message on their own page. Some popular texts or images travel through millions of microblogs.

When listing American social networking sites for teens, Tagged is definitely worth mentioning. This site is popular exclusively within the United States. Tagged does not compete with the giants of the market and does not try to conquer a large audience. The social network is aimed at the younger generation and looks like a team game in which players must earn points. The driving element of the system is something called tagging. A team must be tagged in order to become more successful. In addition, players must tag themselves with the others. The popularity of the site is slowly increasing, but it is unlikely to ever reach the level that international social

Popular American social networks are often represented by microblogging services. This applies primarily to Twitter, but is also true for Tumblr. The developers position their site as a kind of portal, where you can easily and conveniently conduct a personal blog. There is no limit on the amount of text, and it is also easy to insert images, audio and video, links and quotes into messages. That’s why Tumblr is popular with creative young people around the world. People collect in their blogs the pictures and texts they like, write poems, and publish information about themselves. The site’s popularity has remained stable for several years in a row, not planning to fall even with the development of Facebook and other resources.

All other American social networks are fundamentally different from this one. The essence of Instagram is the ability to instantly publish photos taken with a cell phone. Each of them can be signed and tagged with a variety of tags, by which the photo can be found by other users. It is possible to subscribe to a personal page. Movie stars and showbiz stars, musicians and famous models have their accounts, each of them has thousands of subscribers and so called “likes” under each photo. The ease of use has been the key to the popularity of this social network, which Facebook recently acquired for one million dollars. It is likely that in the future, Instagram fans can expect new features and an even greater popularity of the app.

Some American social networks are not at all popular around the world just because their service is only available to residents of the United States. For example, Yelp is a site created by the developers of the PayPal payment system. By registering in this network, you can publish your own reviews about the activities of various stores and also read the information created by other users. Thus, the main task of Yelp is commercial activity and publication of data on goods and services. There are similar resources in other countries, but the scale of this site at the moment is incomparably greater.

In fact, most sites popular in the States are some kind of American dating social network. Facebook not only helps you find out the information you need, but it also helps you build relationships with your peers and perhaps find a partner. In contrast, LinkedIn is not designed for informal communication. It is most popular among businessmen, because it allows finding employees and business colleagues. Registering there, users note their professional skills, and can specify what they work or what job they would like to get, if they are unemployed. From America, the network is gradually spreading around the world, gaining the trust of professionals in Europe and Asia.

The world-famous search engine Google has created a unique social network that combines many different functions. You don’t need a separate registration – if you have a gmail box, the profile appears automatically. Users can exchange messages not only in text format, but also via voice chat or video call. The original look allows you to customize your personal page in a convenient way. Having appeared not so long ago, the network is gradually gaining popularity all over the world and conquering more and more new users. Noting their interests, favorite movies, books and music, you can find a circle of similar people with whom you share your tastes. If we consider that everything that Google does, ends with success, there is no doubt in the triumph of the new social network. 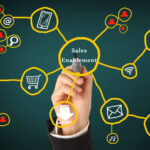