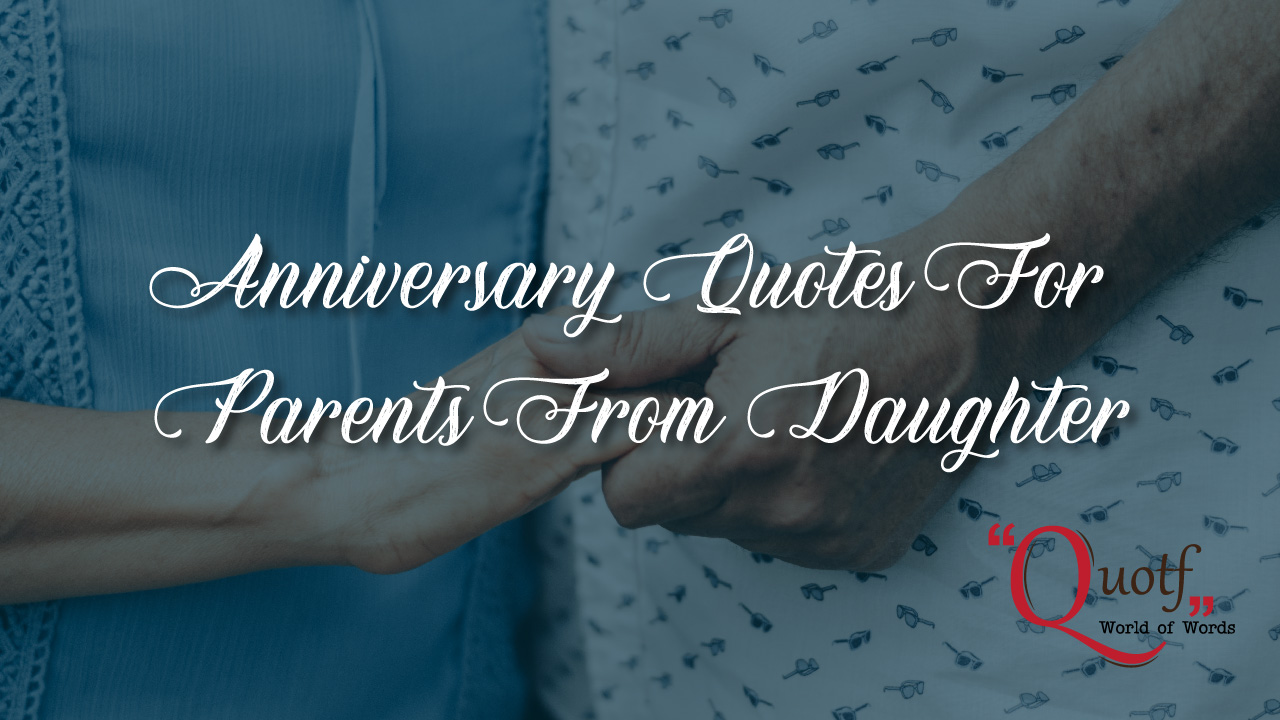 Anniversary Quotes For Parents From Daughter

“Mom and Dad, I cannot begin to describe how blessed I am to have amazing parents in my life. Seeing true love through you both makes my heart happy. As your daughter/son I see perfection in both of you. I love you.” -Anonymous

“You don’t marry someone you can live with. You marry the person who you cannot live without.” -Anonymous

“You two are a living example of how a couple can be committed to their love and nurture a family‘s growth year after year. Happy wedding anniversary to you!”

“Because of you both, the world knows that truth and love exist. Keep these beliefs alive and cherish one another. Happy anniversary, Mom and Dad!”

“You are the parents that all kids hope to have, you are the couple that all lovers hope to be and you both are the pillars of support that every family wishes it had. Happy anniversary to the best parents ever.”

“The best love is the kind that awakens the soul; that makes us reach for more, that plants the fire in our hearts and brings peace to our minds.” -Nicholas Sparks

“The greatest happiness of life is the conviction that we are loved; loved for ourselves, or rather, loved in spite of ourselves.” -Victor Hugo

“Despite all the years, the trying times that you have both been through, yet your marriage remained strong and steadfast. When I get married someday, I hope I would have a bond stronger and steady with my partner as both of you did. I love you mom and dad. Happy anniversary!” -Anonymous

“I remember how young, beautiful and happy you were when I was a little kid. And you know, dear parents, nothing has changed since then. You’re just the same: loving and being loved – that’s what important. Congratulations on your wedding anniversary!” -Anonymous

“It seems like I was born under a lucky star, because I have such great parents. You’ve overcome many life difficulties together and despite it your love and respect for each became only stronger. It’s a real wonder and I’m happy to witness it. Congratulations on the anniversary!” -Anonymous

“Today is a very special day for people I love more than life – it’s your wedding anniversary, my beloved parents! You’ve already spent a lot of wonderful years together and now I want to wish you to spend even more years enjoying each other and bringing joy to everyone around! Congratulations!” -Anonymous

“He felt now that he was not simply close to her, but that he did not know where she ended and he began.” -Leo Tolstoy

“You be my glass of wine and I’ll be your shot of whiskey.” -Blake Shelto

“Marriage is the golden ring in a chain whose beginning is a glance and whose ending is Eternity.” -Kahlil Gibran

“My love for you is a journey, starting at forever and ending at never.” -Anonymous

Anniversary Wishes For Parents From Children

“Being married is like having a best friend who doesn’t remember anything you say.” -Anonymous

“Marriage lets you annoy one special person for the rest of your life.” -Anonymous

“Never laugh at your wife’s choices, you are one of them.” -Anonymous

“Love is being stupid together.” -Anonymous

“You’ve been together so long you be granted an honorary P.H.D in EACH OTHER. Happy anniversary.” -Anonymous

“I couldn’t imagine where I’d be without you two, literally! Happy anniversary.” -Anonymous

“The secret of a happy marriage remains a secret. But, whatever you two are doing is working. Stay happy and happy anniversary.” -Anonymous

“If the apple doesn’t fall far from the tree, I’m expecting to marry the girl of my dreams and being married X number of years. Thanks Mom and Pops.” -Anonymous

“The best and most beautiful things in this world cannot be seen or even heard, but must be felt with the heart.” -Helen Keller

“To love is nothing. To be loved is something. But to love and be loved, that’s everything.” -T. Tolis

“The heart wants what it wants. There’s no logic to these things. You meet someone and you fall in love and that’s that.” -Woody Allen

“ There’s no substitute for a great love who says, ‘No matter what’s wrong with you, you’re welcome at this table.” -Tom Hanks

“At the touch of love everyone becomes a poet.” -Plato

“Being deeply loved by someone gives you strength, while loving someone deeply gives you courage.” -Lao-Tzu

“True love doesn’t happen right away; it’s an ever-growing process. It develops after you’ve gone through many ups and downs, when you’ve suffered together, cried together, laughed together.” -Ricardo Montalban

“True love doesn’t come to you, it has to be inside you.” -Julia Roberts

“You don’t love someone for their looks, their clothes or their fancy car, but because they sing a song only you can hear.” -Oscar Wilde

“Happy Anniversary to the parents that inspire me every day. Best wishes to you two for all the years to come.” – Anonymous

“Wishing you both continued love and happiness for many years to come. Happy Anniversary!” – Anonymous

“Best wishes today and all the days to come. Happy Anniversary to the both of you!” – Anonymous

“You both inspire me every day to be the best version of myself that I can be and to always treat those I love with respect and kindness. Best wishes for the years ahead.” – Anonymous

“I can’t tell you how often I’m inspired by the love you two share together. Sending you all my well wishes for the coming years.” – Anonymous

“Wishing you a happy Anniversary, a happy marriage, and many years of good health to enjoy it with!” – Anonymous

“Sending you my well wishes and congratulations as you show us all what it means to build a wonderful marriage.” – Anonymous

“It’s so many years later and yet the two of you are still the perfect example of what a happy, blissful marriage looks like. Thank you for always being my shining example. Best wishes for your anniversary.” –Anonymous

I feel so lucky to call you both my parents and I hope to have love like yours someday. Happy anniversary!

Because of you both, the world knows that truth and love exist. Keep these beliefs alive and cherish one another. Happy anniversary, mom and dad! 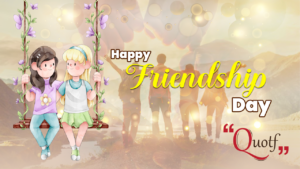 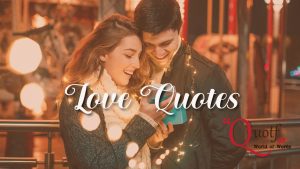 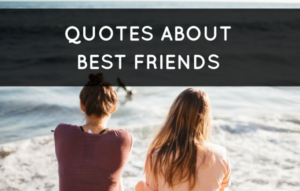