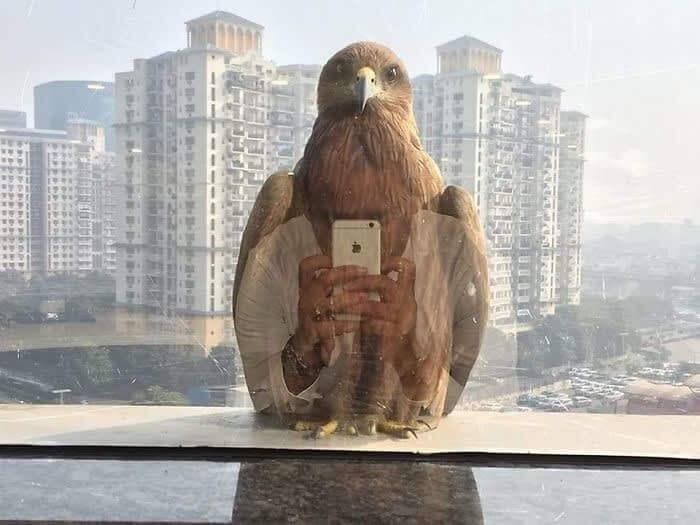 In the 21st Century, one of the first things that come to someone’s mind after seeing a picture on the internet is “Is this photo shopped or real?”

They say that a picture is worth a thousand words but these pictures will leave you with a thousand questions. Photoshopping and editing are easily accessible to everyone who uses the internet and it’s hardly that find photos nowadays without them. However, once in a blue moon, some pictures turn out to be so picture-perfect, that we have a hard time figuring out if they are un-edited. While searching for some raw photographs, we found some unbelievable images that have not been touched up and are almost too good to be real.

We have always aimed at collecting eye-candy images for you to gaze at all day. So today, we have made a list of some of the most beautiful and fascinating photographs that look photoshopped, but they are not. Sit back and prepare to have your mind blown by these extraordinary shots!

Look at the water!

This photograph was clicked just at the perfect moment for the water to look exactly like the elephant’s body. We didn’t know if this was possible in the first place but we are just stunned. Maybe this elephant wouldn’t mind spraying some water at these [people so the water would shape like this too.

What a scenic sight

This image feels like I’m viewing the earth from another planet. The absolute perfect sunset with a rainbow over it makes the earth looks like Saturn’s wings. Some people might think that this image is photoshopped, but it is actually just the beauty of nature.

Perfectly divided by this fence

How often do we land upon a fence that perfectly divides the landscape? Almost never. Only one thing is missing from the image and that is Fire. If a fire would’ve been present in one of them, then it would represent all four elements perfectly.

Is it aliens or just fire?

It was reported that a forest worker took this shot while he was fighting hard to set out the wildfire. This purple fire looks exactly like some sort of alien substance glowing from within the depths of this earth. Or maybe it’s just some trolls who live in the forest having an “end of the world” rave at their place. Guess we’ll never find out.

Half Sunset, how beautiful!

This half sunset is pretty incredible to watch. Have you ever seen such a fiery red aggressive sunset in your life before?

A road leading to heaven:

Do you ever sit and wonder about the good deeds you would have to do in order to get into heaven? Well, now you just need to take this highway that leads you straight to heaven. On this road, you won’t find any speed-breakers, signals, or speed limits.

This is actually just the I-80 Highway in Wyoming that looks like it ends straight at the doors of heaven.

Are you also one of those people who take their phones out immediately to take a photograph after seeing a pretty sky? Well, this photographer didn’t miss the chance of capturing this beautiful blanket of clouds in his shot. The perfectly snow-covered mountains are just adding to the beauty. In my opinion, the road with no traffic looks pretty dope as well.

The bird knew he looked handsome:

This bird was feeling wonderful so he stooped, took out his iPhone, and took a selfie of his reflection in the mirror. He later posted this on Instagram with the caption “But first, Let me Take a Selfie”. Believe it or not, the photograph went viral.

The four seasons that nature has bestowed upon us are never the same, and that is the most amazing part. Wouldn’t it be so cool to experience all of them at once? This guy has a four-paneled window that looks like all 4 seasons in one place. Everything looks so organic too.

This photographer got the skills and knows his angles perfectly. This little fella was just climbing a rotten tree stump but the angle of the photograph makes it seem like he is some sort of giant stepping over the mountains with no fear. He must have loved looking at this photograph afterward and imagining himself as a giant.

The Ground is fire:

This must be a special dog because the ground is erupting lava and she doesn’t seem to care at all. It looks like the lava is touching her body while she peacefully lays on the ground. The sunlight hit the dog from under the car at the perfect moment.

Is it the same place?

If you look carefully, there is a pole in the middle of the photo that looks like these are two different places. And the most bizarre thing is that the lighting on both sides is completely different, which makes it even harder to distinguish.

This Dog is on fiiiiireeee!

The first thing you need to know is that no dogs were harmed in the making of this photograph. The dog is just covered head to toe in Holi powder which is giving an orange-y fire effect. And if you are wondering if the Holi powder hurt the dog, it didn’t, because such Holi powders have 95% cornstarch in them.

What sort of Human Planet is this?

If you have hazel-green eyes, this is what they probably look like in a close-up. In this photograph, her eyes look like a bundle of colored fibers that are strung together. Can you notice that her eyes are undergoing the process of color-changing? Fascinating, isn’t it?

This is probably one of the most fashionable cats I’ve seen on the internet. This kitty is wearing a multicolored polka-dotted fur coat…..what a second. I think it’s just the reflection of the Easter Eggs decorations her owner put on the window.

The Statue went for it

It must have taken this statue years to practice the art of archery to be able to shoot the arrow right at the plane. Do you think this arrow got cleared at customs? I can only imagine how happy the photographer was after capturing a perfectly timed image of this scene.

Have you ever wondered what Santa Clause would look like in black and white? If yes, then you probably got a clear idea from this picture. This young lady was fully committed to being a black and white version of Santa Clause this Christmas and it’s safe to say that she did a pretty remarkable job. I mean, that’s one way of standing out from the crowd.

I don’t think I have ever seen burnout marks look like this in real life. Maybe if this photograph came out from the movie Back to the Future, then I probably wouldn’t have a hard time believing its authenticity.

A perfect ad for camping bags:

The only thing that will ever convince me to sleep in a camping bag on the dirty ground is this photograph. I mean, who wouldn’t mind waking up to this view that looks like a portal to another world.

I don’t know when and where this photograph was taken but wherever it was, it must be freezing at that time. The morning froze on this fence looks like some sort of Yeti stepped over it and forgot to apologize for leaving some hair behind.

Which one of these photos did you find the most fascinating? Did you also have a hard time believing that they aren’t photoshopped? Let us know your thoughts in the comment section down below! 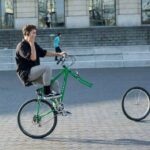 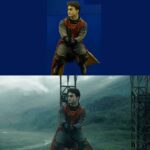