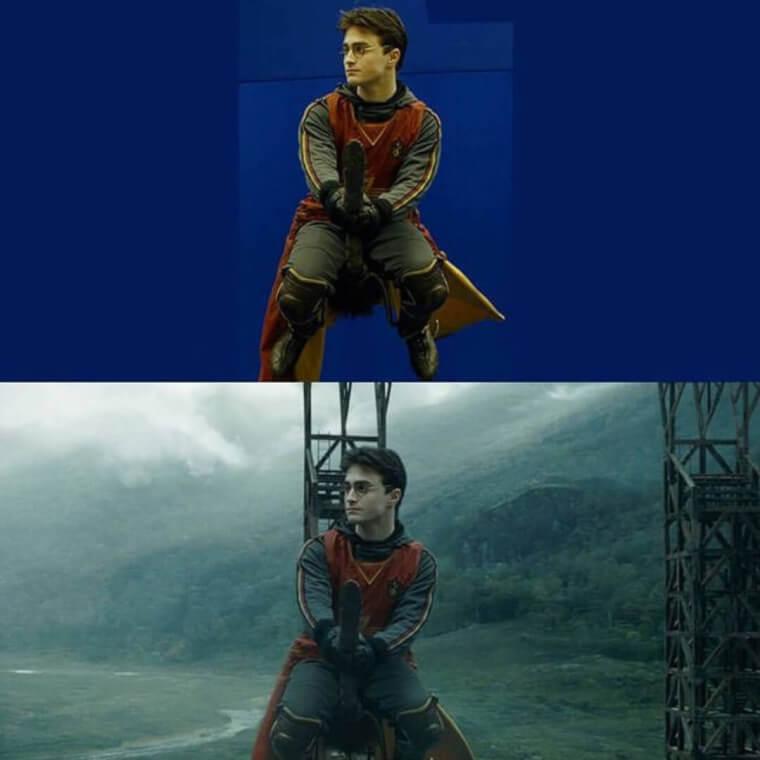 Back in the day, filmmakers used to have a difficult time filming stunt scenes. They used to work with matte paintings and trick photography to make the scene look more realistic but today, green screens are the new trend. Special effects such as green screens and CGI technology have become a holy grail for Hollywood filmmakers because they make it extremely hard for the fans to tell the difference.

But, have you ever wondered what these scenes must have looked like when they were getting filmed? If yes, then check out this collection of some of the most surprising green screen effects Hollywood used in their films. Trust me when I say that these photographs will change the way you watch a film. It’s actually quite funny seeing all these actors look so bizarre while shooting these scenes.

I must say that I was a bit shocked after seeing this before and after the green screen effect. I would be lying if I said that I wasn’t expecting something scarier and a lot bigger than this green stick. They should’ve shown some respect to the gigantic and terrifying creatures dragons are.

I think a great number of scenes from this movie have been shot with the help of green screen effects. If you ever wanted to reenact this iconic Titanic scene then all you need is a small boat, a lover, and a green screen. You’ll be surprised to know that you don’t really need a huge ocean to film it.

Harry Potter and The Order of the Phoenix:

It always made me wonder where these books used to go after Hermione used to throw them in the literal air. Maybe these strange creatures with green screen hands live in the library and help the students out at Hogwarts.

Beauty and The Beast:

10 points to Emma Watson for being professional enough to not even crack a smile seeing her co-star in a fully padded suit beside her. Fun fact: Emma Watson actually danced with her “breast’ with Dan Stevens in this suit.

None of us can deny how amazing of an actor Mark Ruffalo is, who is also the guy behind this CGI green suit. Next time you watch the movie, keep in mind that whenever Bruce Banner transforms his outfit, Mark Ruffalo also changes in his famous “hidden” CGI suit.

Remember when we watched this film for the first time when we were 10. Did you also wonder how hard it must have been to shoot a movie with a Tiger on board? You’d be disappointed to know that your childhood fascination was of no use because here’s proof that it was only a green screen effect.

I can bet that we all cried during this scene and it still hurts seeing it again. This was probably the most intense part of the entire movie and it left us all weeping. However, looking at this weird green morph suit man playing the role of the infected dog makes me feel a lot better, to be honest.

Harry Potter and The Half-Blood Prince:

If you see a movie featuring a flying scene, it’s obvious that there are going to be some epic behind-the-scenes of it too. It’s hilarious seeing Daniel Radcliffe casually sitting on a broom while pretending to glide and swipe through space.

Oops, busted! Do you guys remember Pirates of the Caribbean: Dead Man’s Chest Movie? I have to say Kudos to Bill Nighty for pulling off this role so perfectly well. In my head, I used to believe that the filmmakers used some sort of prosthetics, makeup, or wigs to film this scene, but this picture is proof that CGI effects were used.

Seriously, what did I just see? I still remember myself making all those swift dodging moves to prove to my parents that I am invincible. News Flash, none of it was real. This photograph is added proof that most of the scenes in The Matrix were done using green screen-designed soundstages.

Trust me, you can’t drive on the same road as these guys. This film is a classic and was loved by millions, mostly because of the way special effects are played. The cars you see in the film are real but the massive explosions and car flips were not so real after all.

In this photograph, you will see Mark Ruffalo is one of the most talented actors once again. Chris Evans and Chris Hemsworth probably had it way easier because they just had to wear classic boring superhero costumes. But for mark, he had to switch roles after every scene. He truly deserves a round of applause.

Guardians of the Galaxy:

I wouldn’t shy away from saying that I was a bit disappointed for not being able to see Bradley Cooper who was originally credited for being the guy behind the green morph suit. This is actually the effect actor “Gunn Sean” who did a pretty great job at keeping a low stance for a long time to pull off this role.

Aaron Eckhart did a pretty darn job with his perfect acting skills in The Drak Knight. Even though this scene was done using CGI effects, the actor still had to make an effect making one half of his face look more frightening than the other one. If the filmmakers put it some prosthetics, he won’t even be needing a CGI effect. Kudos to Eckhart!

This is probably one of the most surprising green screen effects you’ll find in this list. It is extremely fascinating how a few strips of green screen paper can make such a huge difference on the big TV screen. Back in the day, this same scene might have taken days to shoot, a large body of water, and two giant ships. But today, it can be done within minutes.

If you are a huge fan of outer space movies like Gravity, Mars, or Intersteller, then you probably have an idea about how the whole thing works. These movies are proof of how much effort it takes to edit them and how far the Hollywood industry has come along. The actress Sandra Bullock didn’t even have any access to actual equipment for this scene but she still pulled it off.

A Lil bit of fire never hurt anybody but looks like the cast of Avengers isn’t taking any chances. These Marvel movies are filled with scenes with explosions, strange creatures, and fights which aren’t safe to do in real life. This is where the muscle power of green screen effects comes into action.

The magic of Hollywood never fails to amaze us. Which one of these Green Screen Effects surprise you the most? Let us know your favorite ones in the comment section down below! 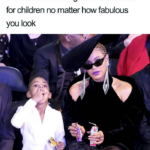