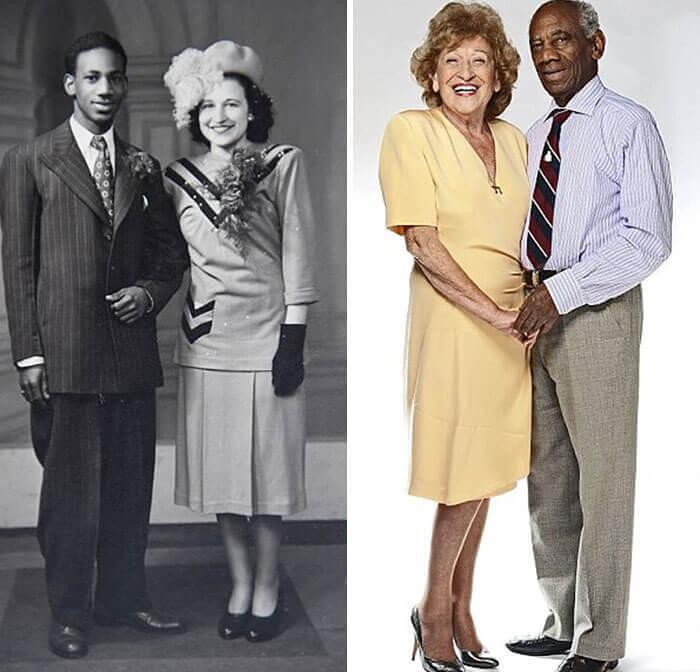 What happened to all the stories of true love and living happily ever after in fairy tales? It seems like all we hear about love and marriage these days are stories about how hard and tiring it is and how the divorce rate is going up and up. When they hear so many bad stories, it’s no wonder that millennials are getting married later and later in life. The truth is that for every failed relationship, there is another one about two people who thought they were meant to be together. You might think that’s a cliche, or you might not. But after you read these touching stories about couples who have been together for as long as 50 years, you won’t be so quick to write off true love.

Her family left her because she chose to love instead of hate.

In 1948, Mary’s father told her, “If you marry that man, you will never come back to this house again.” She soon found out that her father wasn’t the only one against the marriage. At the time, it was hard for the couple to live in Birmingham, Alabama, because no one would talk to them. Mary and Jake’s lives slowly got better. Jake worked in a factory and then at the post office while she got a job as a teacher. Mary remembers that when she made new friends, she had to tell them that her husband was black, and some of them stopped talking to her. This year, they are celebrating over 70 years of love without any regrets.

These women were finally able to get married after 72 years.

Vivian Boyack and Alice Dubes grew up together in the same town in Iowa. They moved in together in 1947, but they had to keep their relationship a secret most of the time. Before they could finally get married, Dubes and Boyack spent 72 years travelling around the US and the world. The women said that it takes a lot of work and love to keep a relationship going for 72 years. Iowa began to allow gay marriage in 2009, and the women got married in 2014. Their story is one of a kind, and it shows what real love is all about.

She has dementia, and he takes care of her even when she can’t remember his name.

This couple has been married for more than 35 years, and his wife is in the last stages of young-onset early dementia. Her husband takes care of her all the time, even though she sometimes can’t remember his name. Even though it’s hard to watch someone you care about forget who they are and what they’ve done, she knows she’s safe with him. When they said they would stick together through sickness and health, they meant it. True love never gives up, even when things are hard.

He planted flowers for two years to help his blind wife get out of a bad mood.

After she started to go blind, his wife became sad. Her loss of sight was very hard for her to deal with, so her husband tried to find a way to cheer her up. He knew how much she liked flowers, and he thought that even though she couldn’t see them, she could still enjoy them. Her husband put in a lot of flowers over a two-year period so that his wife could smell them and feel better. Now, when they walk through the garden, she always has a smile on her face. This showed how much her husband loved her.

They play Mario Kart every day as part of their routine.

In 2001, this couple played Mario Kart to decide who would make afternoon tea. It became a daily thing, and for the past 20 years, they have played every day to see who would have to make the tea. We call this a “relationship goal” because they are so good for each other. There is nothing cuter than a little friendly competition between two people who love each other. They deserve praise for being so cute.

This couple and their fake cockroach are the perfect example of true love.

This couple plays a game with each other that is pretty unique. About 20 years ago, they got a plastic cockroach and named it Freddie. Over the years, they have hidden him in different places to scare each other, and this tradition is still going strong. Even though it’s like pulling a joke on their partner, this joke they’ve been telling each other for years still makes them laugh. Freddie isn’t just a joke; it’s a sign of how close they are and how much they care about each other.

He’s still crazy about his wife after all these years

When you look at your partner, have you ever thought, “Wow, they couldn’t be any better, could they? I have to take a picture of this.” That must have been what this man was thinking when he decided to take a picture of his wife without her knowing. He just wants to remember all these wonderful times with the love of his life, and he doesn’t care who is watching. Next time, we’d tell him to turn off the flash, but he only had a short time to take the picture without her noticing.

Can you imagine spending more than 70 years of your life with the same person? We all want to find the person who makes us smile every day and makes us think, “This is the person I’m supposed to grow old with.” This Vietnamese couple has been together for a long time and their love is still going strong. During their marriage, they went through a lot of hard times, but they always had each other to hold on to. Even though they’ve been together for seven decades, they can still make each other smile every day.

He fills in as his wife’s pinky for her.

Your partner is supposed to be the person who supports and loves you no matter what, and we think this woman found one. One of her hands doesn’t have a pinky, which she sometimes forgets until she paints her nails. When she was painting her nails one time, she told her partner that she always forgets that her left hand doesn’t have a pinky, which made her sad. He said, “I’ll be your pinky instead,” and then he painted his pinky nail to look like hers. We all deserve that kind of love.

10.This isn’t an announcement of a pregnancy; he’s just crazy about his wife.

At first, people thought this guy’s photos were a pregnancy announcement, but he later explained on Twitter that he’s just crazy about his wife. It’s so cute that all he wanted to do was post pictures of his wife to show her how much he loves her. You don’t always need a reason to post pictures of your partner because sometimes you just want to show how much you like them. They are so cute together, and we can only hope to be loved that much one day.

11.They broke up because of racism, but they got back together and got married.

Howard Foster and Myra Clark broke up more than 45 years ago because he was afraid that she would never be happy if they stayed together. This was because of how people felt about race at the time. They ran into each other again 43 years later. After all those years, when Clark and Foster met again, he couldn’t let her go again. Now that they are married, every night when they go to sleep they hold hands. When it comes to true love, it will always find a way to bring you to the person you are meant to be with.

12. They can stop him from being there for his wife while she gets chemotherapy.

This past year has not been easy for most people on Earth. People were separated from their families because of the pandemic, but it also put people in hospitals away from their loved ones, like this husband and wife. While his wife was getting chemo in the hospital, he couldn’t be with her, but that didn’t stop him from being there for her. He made sure to sit outside her window during every treatment so he could be there for his wife but stay out of harm’s way.

13. They still look at each other the same way they did on their wedding day.

Have you ever noticed that some married couples lose the spark they had when they first got together? Relationships take a lot of work, but even if two people still love each other, things can change over time. This couple has been together for over 60 years, and they still look at each other the same way they did on their wedding day. Whatever they’ve done over the years has worked, and we could all learn something from them.

14. In the rain, they were surfing on an ironing board

We have finally figured out the secret to love: find someone you want to grow old with but who doesn’t make you grow up. These two were standing in the pouring rain and pretending to surf on their ironing board. It was the purest form of love we have ever seen. Because they are having fun with each other, they don’t care who is watching or what other people think. If this is what they do on a random weeknight, they must have a very interesting and exciting life.

15. These dads found the right baby to make their family complete.

Even though these two dads were happy together, they felt like their family was missing something. They both wanted a child, and when they finally found a surrogate, it was the best day of their lives. When they first started trying, they lost a lot of hope, but that didn’t stop them from starting a family. Their kids brought them even closer together, and they couldn’t imagine a world without each other or their kids.

The two of them have been together for a long time, and they still ride the same bike they did in the late 1960s. Even though they’ve been together for 50 years, they’re still cute and in love. This man takes such good care of his wife and bike, so it’s no surprise that he and his wife are so happy together. We hope they drive safely and have as much fun on the bike as they did when they were young.

17. He didn’t have any money, so she left her wealthy life for him.

There are many things that can come from the outside that can make a couple split up, such as a family that is too critical. When they decided to get together, this couple had to make a hard choice because they were from different classes. She came from a rich family, but he was dirt poor, and if she married him, her family threatened to cut her off. She decided that she loved him more than any money she could get from him, but she still married him. They loved each other so much that they had their own family.

Even though we all want to grow old with someone, there are some hard things that will happen to us all. This couple had been together for their whole lives, and she held on to him until he died. Even though it’s sad, she can remember all the good times they had together. They started a family and a life that they wouldn’t change for anything. Even though he’s gone, the love they had for each other will never change. 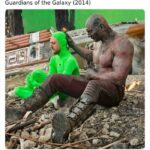 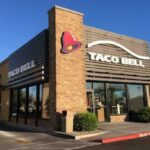